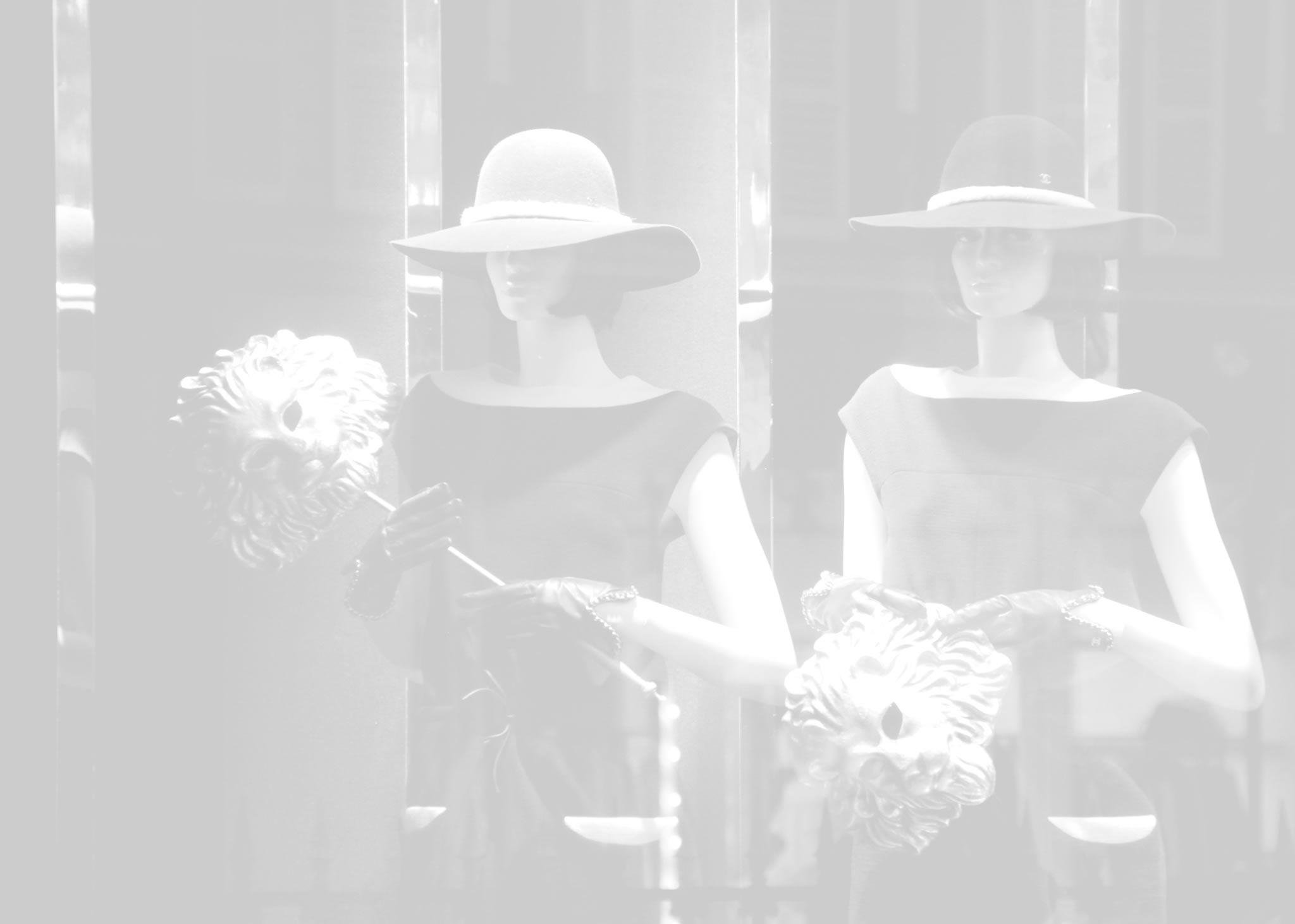 “Every house where love abides
And friendship is a guest,
Is surely home, and home sweet home
For there the heart can rest.”
Henry Van Dyke (1852 – 1933)

Considered by many as one of the most glamorous places in the world, Paris is a historically and culturally rich metropolis offering a wealth of activities, culinary delights, shopping facilities and cultural events.

The city offers an abundance of historical sights as well as beautiful streets lined with apartment blocks of the “hausmannien” style.

In fact, the large majority of its inhabitants live in apartment blocks. The style of the buildings can vary from the typical “hausmannien” to Art Nouveau to a more modern architecture depending on its location and arrondissement.  The hausmannien apartments often boast large reception areas as well as high ceilings  and marvellous decorative mouldings.  However, an underground parking space within the building is rather uncommon. The standard of these older apartments vary greatly – insulation and the quality of the bathrooms can impact the level of comfort they offer. Those old-style apartments which have been renovated to a high standard are very sought after and you need to be prepared to invest time and effort to find one.

The modern residences cater for those who desire  a more contemporary standard, functionality as well as underground parking facilities.

Although a private/communal garden is extremely rare and apartments with balcony or terrace very sought after, nearly all have a small park or green area nearby.

Living in the suburbs

If you prefer to live in a house with garden you are more likely to find one in one of Paris’ many suburbs.  The most popular suburbs for expatriates are located in the west of Paris, due primarily to the presence of a number of international and bilingual schools, as well as easy access to green spaces and a more residential way of life.  The suburbs are very well connected to Paris through an extensive underground and railway network, as well as easily reachable by car.

The western suburbs are an agglomeration of smaller towns and villages, whose borders become increasingly fluid the closer they are to Paris. They represent a generally wealthy population and although house prices are lower than in Paris, they remain at a high level. Commuting times can start from 10 min and are rarely more than 45 minutes  by public transport to the centre of Paris, depending on your location.

Noteworthy and often surprising to overseas tenants is that apartments and houses are not always equipped with a fully fitted kitchen, or even no kitchen at all. It has been the norm that the kitchen is in fact an empty room, although increasingly so one can find accommodation with some sort of equipment – usually kitchen cupboards only (no white goods) and rarely fully fitted.

In addition, other fixtures and fittings which are common in other countries such as curtain rails, curtains, light fittings etc. are equally not part of the rental agreement. Unless otherwise stated, assume that the accommodation does not include any such fittings.

Most landlords will ask you to provide a number of documents before agreeing to sign a lease agreement. These documents can vary, but you will certainly have to prove you financial capacity to cover the monthly rent by presenting  an income slip. Furthermore it is common that a security deposit will be paid. You will also be required to pay local community taxes (taxe d’habitation).

Additional costs relate to water, rubbish, gas, electricity, internet and phone services. In some cases a services charge covering the “concierge” and the upkeep of the communal areas is applicable.  Most of these elements are not included in the monthly rental payment. It is therefore necessary to find out exactly which items are not included and to ask for information about the level of each of those additional costs.

A taste of Paris

As is the case with many big cities there are wonderful and charming sides of Paris as well as particularities which might seem odd at the outset. Understanding and mastering the cultural idiosyncrasies can play an important role in how easily you integrate and enjoy living in Paris.

Paris is well recognised for its couture, elegance and style and is often referred to as the ‘capital of fashion’ with the home of Dior, Louis Vuitton and Yves St Laurent residing there. Wearing jogging pants in public is frowned upon, whilst lipstick is an essential article, even just on the school run.  Many Parisian adults as well as children are immaculately turned out.

Understanding Parisians etiquette is paramount to the smooth transition into Paris life. Every newcomer should know that the magic words “bonjour madame” or “bonjour monsieur” will open doors to you and will secure you with immediate attention of the person addressed – for example a shop assistant.  Also, upon entering a lift one adheres to the strict etiquette of saying “bonjour”, followed by “bonne journee” when leaving shortly after. Mastering this greeting ritual will give you access to a more open and welcoming treatment.

The term “savoir vivre” maybe generally used for France as a whole, but is certainly more than applicable for Paris. Amid busy work schedules, overcrowded undergrounds and crazy traffic, the Parisians endeavour to fill their life with pleasurable little occasions such as exhibitions and lunches.  In fact, enjoying food and drink as well as meeting friends, acquaintances or work colleagues is part of the every day routine: For many, the morning coffee, is not a luxury, it’s a must.  How you have it depends on your lifestyle. If you have to hurry on for work, you may simply have it standing at the bar for a very moderate sum. Those, who can afford browsing the papers or chatting with a friend, might opt for a table, where the coffee will cost a little more. One can usually order a croissant or a pain au chocolat as well, but most bars will not offer a more generous breakfast.

When strolling along the streets at lunchtime, you will see countless restaurants filled to the brim and might find it difficult to get a table.  Many Parisians will favour a hot meal in a bistro to a sandwich in front of their desk. This is the time to relax a little, have a glass of wine or catch some sunrays during the summer before busying themselves again until evening. The food may be simple, but the quality has to have a good standard for Parisians to bother.

The Aperitif, or Apero as it is called casually, is another such enjoyable moment deeply anchored in French culture.  At the end of the week, one can enjoy a drink and some nibbles with friends, colleagues or neighbours at home or at a bar, before moving on to dinner at the same or next location.

If you are moving with children, finding the right school will be a top priority. There is a large number of international and bilingual schools in Paris and its environs, following different curriculum (American, British or international). Most of these are independent schools with relatively high school fees, although there are also  some French governmental schools with international sections where school fees remain very moderate or are even free of charge.

Governmental schools in France are free and generally offer a high level of education. Children attend the governmental school which is assigned to their catchment area and you can register your child at your local town hall. Although they will accept children who do not speak French, some schools may not be able to provide any specific assistance to help students catch up, whilst others may run a special programme for non French-speaking children . You can ask your local town hall for advice. The French education system is still very traditional in its approach and curriculum. For example, a strong emphasis is placed on beautiful cursive handwriting and daily dictates are not uncommon.

Whilst the selection criteria vary from family to family, there are a number of points you might want to consider: whether or not your child speaks French, their personality, your needs in terms of facilities, where you would like to live and your budget. You should also consider, how much time you will stay in France.  Whilst the international schools offer fantastic facilities, the main downside is that the student turnover  is generally quite high. If you are planning on staying on a longer term basis in France you might want to chose a  French school with an international section instead, which might offer more continuity and where your children will learn to speak French fluently . You also might want to make sure that your children do not have to commute too long and check out the bus system that is offered.

If you are moving during the summer months you will be pretty busy in September organising your childrens’ « rentrée scolaire » – the return to school after the long summer break. One often baffling rentrée ritual is the hunting for school-supplies. A shopping list of necessary material is usually distributed during the first week of class. It is often rather long and may outline very specific items which might require you to go searching in various shops. Many teachers schedule a parents’ meeting at the beginning of the school year to summarise what will be taught and review expectations of behaviour and academic performance.

After school activities can provide a useful tool for children to settle into their new environment and make friends. Paris and its surroundings has lots to offer in terms of extra-curricular activities. A great deal of information can usually be found at your local town hall as they organise a large number of classes in sports and the arts for children and adults. The various arrondissements in Paris as well as surrounding towns usually organise an « open day » event at the beginning of September, where all clubs offering all sorts of activities will have a stand and provide information. Often subscriptions can be made there directly and in some cases the classes will be full following this event. Many clubs have deadlines for subscriptions and if you arrive by the end of august, it might be too late to subscribe your child for the coming year for example in the local music school or at the local swimming club. It is therefore necessary to be aware of those deadlines as well as the necessary paperwork in order to assure a place at the chosen club. In many cases a medical certificate from your general practitioner will be necessary.

“The sweetest joy, the wildest woe is love. What the world really needs is more love and less paperwork.”
Pearl Bailey (1918 – 1990)

Most people don’t enjoy paperwork and dealing with French administration can sometimes be trying. Many matters necessitate bureaucratic procedures and require more work than you are used to from your own country. For example, sports clubs will regularly demand a medical certificate, even for non-risk activities such as dancing. Also, enrolment papers for schools and activities can be onerous and require individual insurance.

However, there are certain advantages for families which are worth looking into and are easy enough to access, for example the “carte famille nombreuse”.

Families with three children or more under 18 years can ask for the Famille nombreuse card. This card gives you important reductions on train fares with the TGV, the Intercité and TER trains as well as the Transilien trains in the Paris region.

Furthermore you have reductions on most public services, museums and cinemas. There are also business partners who provide fringe benefits, gifts or preferential rates. Partners affect all sectors: home, help, tutoring, restaurants, insurance, airline, car rental, amusement park…..a full list of partners and benefits can be found on the website SNCF.

Other benefits, for example child benefits granted from the state, or subsidies for bus passes, can be substantial and are obtained by simply doing the paperwork.